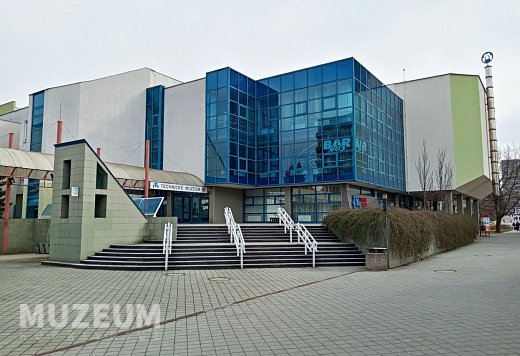 The present building of the TATRA Technical Museum was built in 1997 on the occasion of the 100th anniversary of automobile industry in Kopřivnice. At the same year the Kopřivnice Regional Museum was established as a charitable organisation. After the cessation of a factory museum, which was active from 1967 to 1997, this organisation became the successor administrator of the TATRA cars collection and operator of the museum facilities in Kopřivnice.

The completion of an unfinished annex to the Community House known as KOZ II (cultural and educational facility) from the 1980s for the purposes of the TATRA Technical Museum exhibitions resolved a sore aesthetic problem in the city centre. The preparatory works launched in December 1996, and the completion took place during 1997. The resulting architectural form conforms to the 1990s trends. Until 2018 the entrance to the museum was marked by the M 290 rail car known as the Slovenská strela, which has become an integral part of the public space for many years. The new exhibition opened to the public on 3 October 1997 and has received hundreds of thousand visitors since then.

The main contractors of the project were the Kopřivnice Municipality and TATRA, a.s.