At the Geneva Motor Show in 1949, Tatra presented an innovation with a timeless design – the T 600 convertible that was designed at the Karosa national enterprise in Vysoké Mýto. Before nationalization it was a company owned by Josef Sodomka that produced luxury bodyworks. After its return from Geneva to Czechoslovakia the convertible was gifted to J. V. Stalin on his 70th birthday, as a present from the “Unified Czechoslovak Automobile Industry”. The car arrived in Moscow on 22 December 1949. However, Stalin probably never drove it, and therefore it changed hands several times: initially it was used by Stalin’s driver or the Moscow hospital staff, while the last owner in the USSR was Mr. Gradov, who had suggested returning the convertible back to Czechoslovakia, in an exchange for a T 603 from Tatra’s Technology Department. This eventually took place in summer 1976. The vehicle spent almost two years in service garages on repairs, and since 22 November 1978 it joined the exhibition fleet of the Tatra Technical Museum in Kopřivnice. In 1997 it was declared a cultural monument. 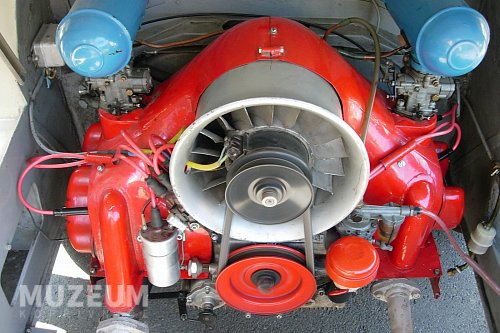