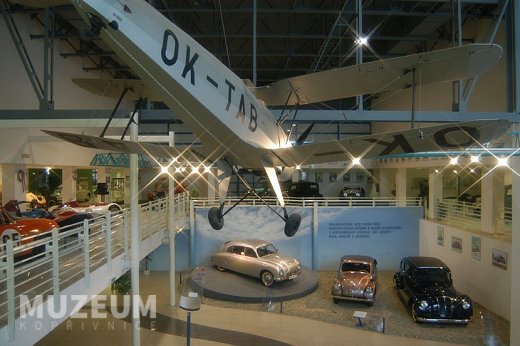 The current exhibition of the TATRA Technical Museum in Kopřivnice comprises a typologically compact collection of cars with which TATRA automobile company entered the history of 20th century motoring.

The exhibition consists of several parts, each marked with a distinct topic and time period. The tour of the collection begins with a revolving replica of the Präsident automobile, representing the earliest days of car manufacturing in Kopřivnice. It then continues with a collection of vehicles up to 1914 where you will find the oldest originals from the Tatra collection. Among these are the NW type B from the beginning of the 20th century, or the “S” type, which, along with the “T” type, represent the frame chassis concept with water-cooled engines. The following exhibit groups present the new car construction type – the “Tatra chassis concept” combined with air-cooled engine that significantly influenced automobile design after World War I.

The 1920s and 30s were a highly progressive period in the history of car manufacturing in Kopřivnice, both in terms of design and technical advancement. This period was marked by the efforts of designer Hans Ledwinka from whose drawing board you can admire the “Little Tatra” T11, and the largest series of the T 57 cars – the so-called “Hadimrška” (“The Sneaky One”). This exhibition presents various types in different designs. The phenomenon of aerodynamic limousines production is presented in our aerodynamic hall, with the first prototype of the V 570, the first mass produced aerodynamic Tatra 77a type, or the T 87, which, after World War II, had been produced for Marshal A. I. Yeremenko as a gift of honour for his success in the Ostrava-Opava military operation. There are also the aerodynamic Tatra types from the post-war production – T 600 Tatraplan, T 600 Convertible with bodywork designed by Josef Sodomka in 1949 as an extremely successful type to be presented for the Geneva Motor Show. After its return from Geneva it was gifted to Stalin on his 70th birthday.

The second floor of the museum features displays of selected military cars, such as the T 57 K or the all-terrain V 809 with an all-wheel-drive, T 14/52, an inspection track car, and rare snowmobile from 1942 – the V 855. A separate exhibition section is dedicated to water-cooled engine limousines, the T 17 and T 20. Another section is reserved for sports cars, which are represented by racing edits of the T and U types. Most of the exhibits come from the successful post-war period. Among them especially the Tatraplan Sport T 602, of which only a chassis had been preserved, a dramatic artefact reminiscent of a car accident Bruno Sojka got into during a 1951 run of the legendary Ecce Homo uphill race near Šternberk. From the same period comes also the T 607-2, a Tatra-made formula that reaped success. There is also the T 603 B, one of the winning automobiles of the Marathon della Route from the 1960s. At the moment, the line of the representative T 613 and T 700 limousines closes the century-long tradition of car manufacturing in Kopřivnice up to 1998. This display is located on the ground-floor of the annex where trucks were originally displayed until March 2021. The story of the TATRA car production continues with the truck section and air-cooled engines. These make the manufacturer one of the three oldest brands in the world that have launched their production at the very start of the automobile phenomenon.

All in all, there are several dozens of cars from the TATRA TRUCKS collection that features a set of movable cultural monuments that form an integral part of the history of industrial heritage of the Czech Republic. The highest status is that carried by the M 290.002 railcar, the phenomenal “Slovenská strela”, which is a national cultural monument and along with the cars section it is managed by the Kopřivnice Regional Museum, Charitable Organisation. 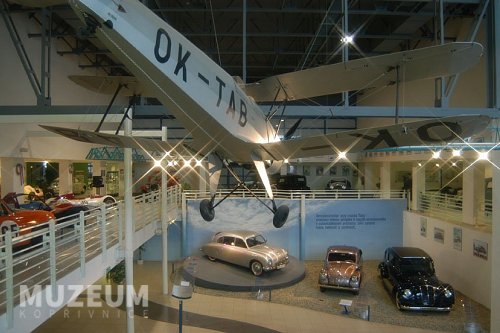 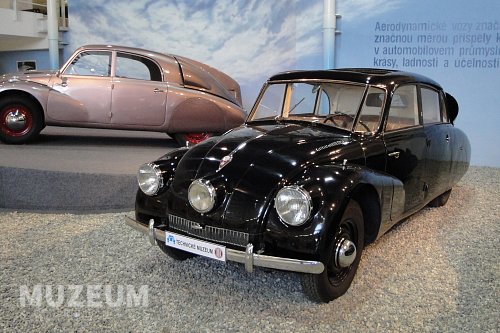 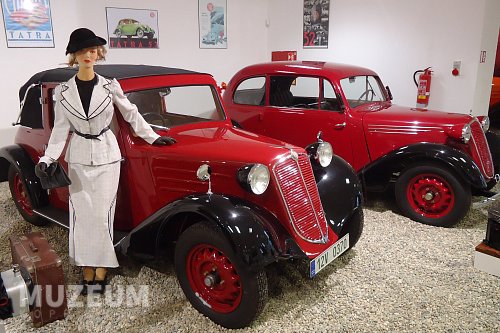